Simple games have relatively few rules, and don't require much time to learn to play. These can be useful tools for educators. Since they tend to be short and focused on a single subject, they can often be integrated into a lesson in a straightforward way and without too much planning.

The game Number Munchers is one example of a very simple content-aligned game. It offers very basic gameplay, in which the player moves a small green character around the screen to eat the numbers that are correct answers to a math question. You can play a flash version of Number Munchers below.

Simple games like Number Munchers are sometimes described as "digital worksheets" because of the way they automate repetetive work that would otherwise be done on paper. Digital worksheets are fairly primitive implementations of interactivity for education, but they can be useful for specific purposes.

"Complex" games are so-called because they have a comparatively large number of rules and systems interacting. These games take much longer to learn than simple games, but they have some definite advantages for educators. Complex games can more convincingly simulate real-world situations or processes, allowing players to encounter large amounts of information through experimenting with the rules of the game. Complex games can also sustain an engaging narrative more effectively than simple games, which can be useful in cases where the setting or events of the game are part of what is being taught. Educational theorist John Rice argues that only complex games can "address the upper levels of Bloom's Taxonomy."[1]

While the learning curve for complex games can be steep, these games can also be more immersive and satisfying for players. Not all classrooms can support the additional time, technology and planning required to use complex games, but those that can may see greater rewards than classrooms that limit themselves to integrating simple games into the curriculum.

Climate Challenge, a strategy game about climate change and politics, is a good example of a moderately complex game that could be used for education, due to the content overlap between the game and school curricula about science, the environment or political issues. 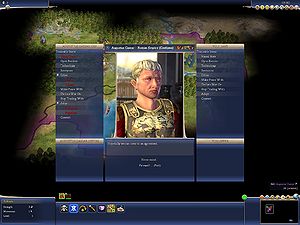 "Epistemic games" are games designed around the idea that people move from being novices to being experts by learning to think like experts on that subject. These games help players first develop and then communicate expertise on a given issue. The phrase refers to epistemology, the study of how we acquire and use knowledge. There is a group at the University of Wisconson-Madison studying epistemic games. The group's website describes the potential of epistemic games as follows:

To prepare for life in a world that values innovation rather than standardization, young people need to learn to think like innovators. Innovative professionals in the real world have ways of thinking and working that are just as coherent’ just as fundamental, just as epistemological as any of the academic disciplines.[2]

Epistemic games help players to think like professionals by putting them in that role. They communicate with experts, in the form of role-playing teachers, computer-controlled non-player characters, or even fellow students. They approach problems that resemble real-world problems in ways that a real-world professional would. They practice the skills and learn the thought processes that real-life "communities of practice" use.

The Epistemic Games Group focuses on custom-built games designed for education, but many commercial video games have some elements of epistemic games. Examples include the SimCity series of city-building games and the Civilization world history strategy game series, both of which place the player in the role of an expert responsible for the welfare of others, and allow the player to consult a panel of advisors when making decisions. Other examples include the political simulator Democracy 2 and the budget-balancing minigame Budget Hero.

Although it is in many ways the most straightforward way to teach with games, there are some significant challenges facing educators who want to teach with content-aligned games. First and foremost is the fact that the pool of games that align with school subjects is limited. Government, economics, physics and history are subjects that appear again and again in many video games. However, many equally important topics are not as well represented. In addition, the more specific the subject, the less likely that there is a game "about" that subject. Looking for a game about American history? No problem—you'll find plenty. But if you're looking for a game about, say, the civil rights movement, or manifest destiny, you might be out of luck.

Even when there is a significant overlap in content between a game and the curriculum you are teaching, you may find that the game does not present the information in precisely the way you would prefer. Aaron Whelchel, a former Ph.D. student at the University of Illinois, offers an example from Civilization III. That game, Whelchel argues, "forces [player] progress through Ancient, Middle and Industrial ages conceptualized through a Eurocentric lens"—a way of looking at history that becomes confusing when students are playing as a non-Western civilization, or one that faded or fell thousands of years before the industrial revolution. However, Whelchel also suggests a solution to this kind of conundrum: discussion. Talk to your students about how the game presents the content. Explain what is accurate and what is not, and ask why some of the content might have been presented in a way that differs from fact (or from our best guesses, as the case may be). Games can be a powerful teaching tool even when the lesson is that the game got things wrong.

Many of the games used as examples in this article are commercial video games, created by professional game designers as products to be sold. The goal of those game designers is to make something fun, rather than to make something educational. Some teachers and researchers argue that video games will never reach their full potential as educational tools until we, as educators, begin making games ourselves.

Games designed by educators could theoretically avoid many of the pitfalls of commercial games: they could be about any subject at all, and who would be better able to ensure that the game content was accurate and complete than someone experienced in teaching the same content in other ways? But there are challenges inherent in this approach as well. Simply put, teachers don’t know how to make good games, which isn't as easy as it sounds. Will Wright, the legendary game designer behind SimCity, the Sims, Spore and many other educationally relevant commercial games, summed up the problem when he said that “[c]reating a good game is hard enough; creating one based on educational content is even harder."[3]

Conversely, most game developers don’t see enough profit in educational games to collaborate directly with educators. Making a commercial game with modern technology can cost tens of millions of dollars, and game developers and publishers do not tend to take many risks. The result is that educators tend to create games with little input from professional game designers. Richard Van Eck, an educational theorist interested in games, argues that this leads to games in which “neither the learning nor the game is effective or engaging."[4]

Content-aligned games are just one approach open to educators who want to teach using video games. If you're ready, move on to our article about how to teach games as texts. Articles about how to have students design their own video games, and about how teachers can take design llessons from video games to make courses more exciting, are coming soon to the expert area of TEGD (check the homepage for those articles as they appear).