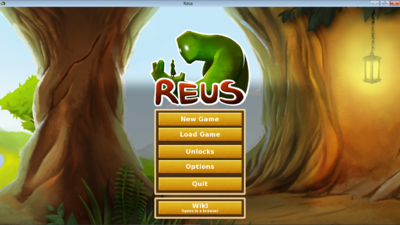 Reus start screen.
Reus is a god game created by Abbey Games. It was released May 16, 2013. Reus is currently only available on Windows, but the game website says that Abbey Games is planning to release to more platforms in the future. Reus is a simulation and strategy game. In the game you control elemental giants on a barren world. You must use the giants' abilities to create a balanced world capable of sustaining peaceful human life. 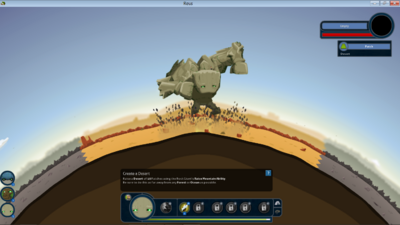 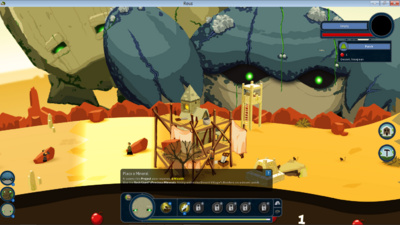 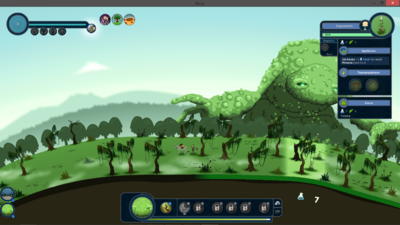