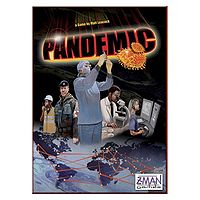 Pandemic is a board game created by Matt Leacock. The game was first published in 2008 by Z-Man Games. The game is based on four diseases that break out around the world. The players in the game have to find the cure the disease before it can diminish the cities. There are 2-4 players who can play the same at the same time. Each player has a specific role in the board game and serves that purpose to cure the disease.

The board game is a cooperative game where each player helps out one another to find the cure and minimize the spread of the disease. There five role that can be played are dispatcher, medic, scientist, researcher and operation expert. The goal is simple, to find cure before any cities fall victim to the disease. 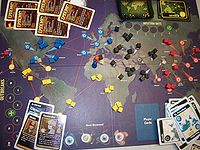 When the game is started each player gets a random role cards and a pawn associated with the card. The starting of the game is from Atlanta, so all the pawns begin their journey from that city. The outbreak marker is set to 0 and infection rate start with 2. Player cards are given at the staring of the game to each player. 4 players get 2 cards, 3 players get 3 cards and 2 players get 4 cards in the beginning. The infection cards are shuffled and 9 cards are drawn in the beginning. First 3 cities get 3 disease cubes, 2 cubes for next 3 cities and 1 cube for final 3 cities. Each city has a specific color and the cube goes to the city with same color. There are 3 levels of difficulty in the game. Introductory use 4 piles, normal is 5 piles and heroic is 6 piles. For introductory game it will get 4 epidemic cards shuffled in to each pile. The more the epidemic card the harder it will be. Now the board has set up to play and the player who was recently sick starts the game. 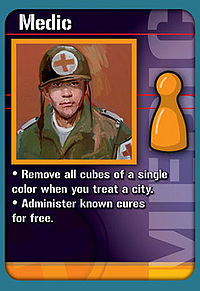 The roles of the players are important in this game. The five roles are dispatcher, medic, scientist, and researcher or operations expert. The dispatcher can move other player’s pawn around the map on his turn. The medic can remove all the cubes from a city with one turn and they can also remove cubes from the cured cities. The scientist needs only 4 cards of same color to discover the cure of a disease. The researcher can give a player any card from his hand when involved in share knowledge action. The operations expert can build a research station in the city he is in. The players need to go to the research station to cure the disease. Out of these only 4 can be picked to play so the cooperativeness is very helpful in the game.

Each player has 4 actions on their term. Actions can be going from one city to another, taking out the cubes. Player can play a card from the hand and go to that city directly but the card will go back to the deck again. Also the player can go from one research station to another with one action. There are few special event cards on the player deck that can be played anytime. After performing the instructions on the card it goes to the discard pile. A player can choose to do any of these or none depending on the situation. After that the player pick up 2 player cards from the deck and keep it and 2 infection card where a cube will be put. Only 7 cards are limited per hand and if there are more those has to be discarded. Players can perform their role as an action too. The infection cards are discarded after putting cube until an epidemic occurs. 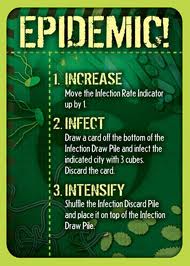 All this time we are talking about how to cure disease and win the game but the most challenging part is to stay on the game as long as possible before an epidemic spreads. When a player draws and epidemic card from player deck the infection rate increases. One card from the bottom of the infection deck is taken and it gets 3 cubes to that city. Then the discarded infection cards are shuffled and put back on top of the unused cards. From there cards are chosen according to the infection rate. When the rate is 2 the top two cards picked and get a cube. Each cube represents disease and an outbreak happens when a city reaches more than 3 cubes. In the event of an outbreak the cities adjacent to the outbreak also gets a cube. The loop goes on if other cities already have 3 cubes. The chain reaction of outbreaks can easily end the game in one turn. The outbreak indicator on the left of the board also increases per outbreak.

There are many ways to lose the game. First is if the outbreak indicator reaches to the end. Second is if the disease cubes ran out and there is no more for any of the disease. If the players draw pile has no card that automatically ends the game. The only way to win is by finding the cure of all four diseases. The rule of the game is simple and effective. Players work together to come up with the best solution per turn. Watching the outbreak meter and cubes are essential to stop epidemic and find cure. 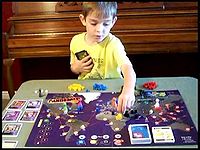 The game serves as not only fun but educational. The learning curve of this game is difficult at first but one a player knows their role they can challenge the game. Pandemic’s strongest potential is the cooperativeness of players during the game. This is not competitive game so winning the game means all contributing. This game can be used as a team building material and build leadership. Given a situation how a player can deal with the disease and how he takes his next step can show that potential.

This game was used in one of my programming class last year. The whole semester we played the game and try to build codes and make a visual board game out of it. This game can be used with students of any grade or level. It is one of the games where player can have fun and learn at the same time. The choice of decision making and leadership are shown throughout the game.