Magic: the Gathering — Duels of the Planeswalkers

Magic: The Gathering – Duels of the Planeswalkers 2013 (hereafter DOP) is a game developed by Stainless Games and published by Wizards of the Coast. DOP is based off of the mega popular trading card game, Magic: The Gathering. Magic was initially released in August of 1993, as a way to pass the time at gaming conventions. MTG originally started off as a more portable version of Dungeons & Dragons, sharing many motifs with the popular table top game. The physical trading card game saw immediate success, seeing its first reprints and expansion pack later in 1993, and the formation of its first Pro Tour, an annual tournament, in 1996. Magic continued to be the most popular card game in the genre, seeing numerous expansions and unimagined success. This year marks MTG’s 20th anniversary, and the game is as popular as it ever has been, thanks in part to virtual games like Duels of the Planeswalkers.

DOP is commonly seen as a cheap and accessible entry point for players who are thinking about getting involved in the physical trading card game, as well as a platform for more casual players to play competitively without having to spend the money on the physical cards in order to build top tier decks, which can cost hundreds of dollars. It is also a way for more experienced players to experience MTG in a different way and to experiment with different game types that they may not play regularly. The main purpose of MTG is to get your opponent to 0 life, a simple goal with extremely complex means. This can come about by attacking with creatures that possess power and toughness statistics, or casting spells that inhibit your opponent from playing creatures while dealing direct damage to the opponent. A player can also win a game if their opponent cannot draw anymore cards, but this is known as much riskier strategy that fails much more often than it succeeds. The last way to win are with niche cards with special abilities, such as when a player has a certain card on the board and goes above 40 life, that player wins the game. However, the most common way to win is to get your opponent to 0 life. DOP is on the Xbox Live Arcade, the PlayStation Network, Steam, and the iPad. 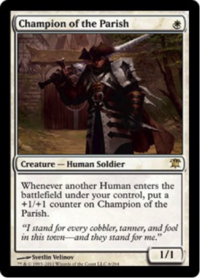 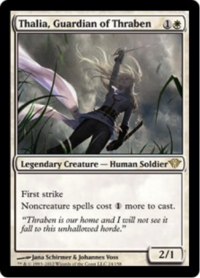 Duels of the Planeswalkers is a virtual card game, so it deals with a lot of the same mechanics and systems that a traditional card game would. In order to help new or inexperienced players, the game offers a tutorial to explain the intricate mechanics of certain card abilities. 'DOP' also offers an option to keep these tips and tutorial cues on during the actual game, that way not abandoning a player if they ever have an inquiry. The game also gives the player the option to check a card more carefully, bringing up a close up of the card and explaining any special abilities that the card may have.

Each player can pick from a pre-constructed deck based around a certain theme. For example, a deck may revolve around big, natural creatures, such as beasts and wolves, where another deck focuses on goblins and dragons. More cards are unlocked for each particular deck after each win with that deck, although there are only a finite amount of cards that a player can unlock, leaving a majority of the MTG universe out of the game. The game then determines who goes first, and the players draw a starting hand of seven cards. They can either keep the hand if they see it as suitable, or they can “mulligan,” drawing a new hand but with one less card than the last time. Once both players have decided to keep their hands, then the game begins. Player one goes first, casting any creatures or spells, and then attacking. After attacking, there is a second casting phase, and then the turn is passed to the next player.

The basis around MTG, and therefore DOP, revolves around mana, your deck’s power source. Weaker creatures and spells cost less mana to cast, and stronger cards require more mana. A player can only play one mana per turn, but it becomes usable again at the end of your opponent’s turn. Once the player plays more mana as the game progresses, that player can cast a higher volume of smaller creatures and spells, or a game changing behemoth, depending on the nature of the deck. Each of these creatures features its own attributes, known as power and toughness. For instance, Champion of the Parish is a 1/1, meaning that his power, or the amount of damage that he deals, is one, while his toughness, the amount of damage he can take, is one as well. Seemingly very weak, Champion of the Parish has a special ability, which is one of the mechanics that give DOP its complexity.

The card states that “Whenever another Human enters the battlefield under your control, put a +1/+1 counter on Champion of the Parish.” This means that if a player casts Champion on turn one, and then another human creature on turn two, then Champion would become a 2/2, making him a bigger threat. Another mechanic featured in the game are certain abilities like first strike. When a creature attacks a player, the defending player can assign a blocker with one of their own creatures. So for instance, if a 2/2 attacks, and a 1/1 blocks, then the 1/1 creature is sent to the graveyard, or “dead pile,” and the damage to the player is blocked. However, if a 2/2 attacks, and 2/1 with first strike blocks, the 2/1 with first strike would be the lone survivor because of its ability. First strike allows the creature’s damage to be applied before the other.

Another mechanic is called trample, which allows a creature’s damage to “spillover” a defender. So let’s look at the previous example, but substitute abilities. A 2/2 with trample is attacking, and 2/1 is defending. Both creatures would die in this exchange, but the defending player would still take one damage from the battle. Trample looks at the defending creatures toughness, in this case one, and applies the “unblocked amount” to the player, causing a spillover effect. The main strategy element lies in knowing which creatures to attack and block with at what time, depending on your board presence, and what the life totals are at.

The heart of MTG lies in the game’s combat system and its ability to deal damage to a player, ultimately resulting in a win for one player and a loss for the other. Mechanics like first strike and trample can alter strategies for dealing damage and which creatures a player wants to keep alive or make stronger. Other mechanics, such as lifelink and deathtouch, also provide more strategic depth to Duels of the Planeswalkers, causing attacking players to gain life with every attack, or giving a creature the ability to destroy another creature much bigger than itself. It is these mechanics that makes DOP so difficult, yet satisfying, to master.

The player has the ability to control which cards to play when they are available. A new addition to the 2013 version of DOP allows the player to indicate specifically which mana they would like to use in a deck that runs multiple types. The player is also given control over which creatures block which attacking creatures, essentially giving the player control over each part of the game, except for which cards they draw from their decks. Outside of the actual game, the player is given the ability to edit their decks with the certain cards that they have unlocked for that deck. For example, if the dragon deck has too many high mana cost creatures, a player may want to take out some of the less useful dragons out and substitute them in for some smaller creatures, giving them something to attack and block with in the early part of the game. The player is also allowed to invite friends across platforms in order to play multiplayer variants with.

The gameplay looks like the traditional card game, with a player’s deck on the left side of their board, mana at the back, creatures ahead of the mana, and the graveyard below the deck. The player’s hand is displayed at the bottom of the screen, and the opponent is opposite of them. The table is ornate, and the surrounding atmosphere looks dark and secluded. However, the cards get the most attention in regards to art direction. The gameplay ultimately focuses around the cards, so they are made as visually appealing as possible with highly regarded and respected artists. 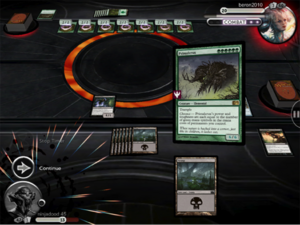 The main interaction stems from a point and click standpoint. Since the game is turn based, there are no real time events, so a player can take their time to make a decision within the time limit of the turn. If a player wants to attack, they must select which creatures to attack with, and then an arrow will pop up from the card, pointing at the opponent. The player will then select which opponent to select by scrolling through a list, and then assign the attackers. The defending player will then follow a similar operation, by selecting which creatures to block with as well as which creature(s) they are blocking.

DOP’s theme is of the fantasy realm, featuring beasts, dragons, angels, vampires, and so on. Giving certain creatures certain abilities makes sense to help with the tribal feel. For instance, some vampires feature deathtouch, whereas some beasts have trample. However, it is very rare that a vampire would have trample and a beast would have deathtouch. It also goes along with the fantasy theme in that games are all out battles to defeat your opponents first.

DOP can be used to teach mathematics, strategy, and multi-tasking. A player has to manage and keep tabs on how strong their creatures are, as well as how big their opponent’s creatures are. They also have to pay attention to how much mana the opponent uses during their turn. This can give the player a general sense of the opponent has in their hand. For example, if the opponent has five mana out on the board and plays another mana, but then doesn’t play a creature, the player can assume that they either don’t have anything to play, or that their opponent is planning a surprise attack. This makes players think through their moves, adding more strategy to the game. This added strategy also influences the math involved with MTG in general, but specifically DOP. Players must be able to do addition in several different steps in order to be successful and plan out their next couple of turns. DOP is a lot like chess in this aspect, in that a player must have a plan for the next turn in order to prosper. These adaptive addition skills can help kids become quicker and more efficient when it comes to math skills, because they will learn how to think on their feet and recognize common patterns in mathematics. The strategy element of DOP can also help players foresee potential threats and problems in decision making processes, in the end making said decisions better prepared and more efficient.

Duels of the Planeswalkers is a fun and engaging game that requires critical thinking, planning, and adaptive mathematic skills. It is a game that is easy to pick up, yet very difficult to master because of the complexity that its mechanics and variable gameplay offer to new and experienced players alike. It sticks to its card game predecessor, allowing seamless transitions into the physical game and vice versa. To my knowledge, DOP has not been used to educate, although there is no reason why it could not be when used correctly. With its fantasy driven art, it can keep players interested in the game while subconsciously teaching them valuable learning skills.