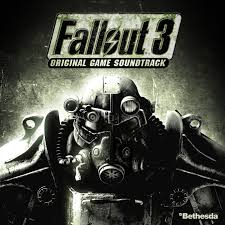 Fallout 3 is an Action RPG developed by Bethesda Game Studios and published by Bethesda Softworks that can be played on PS3, PC, and Xbox 360. The game takes place in post-apocalyptic D.C. sometime in the future, after war has destroyed most of civilization. The area the game takes place in is divided into the destroyed, super mutant infested city of D.C, and the barren Capital Wasteland that surrounds it. Small settlements such as Megaton and Rivet City are the last remnants of civilization.

Fallout 3 is divided up into a series of main quests, as well as many side quests. Completing these quests involve a wide range of activities from finding certain items to clearing an area of enemies. The main quest makes up the central plot of the game. The Lone Wanderer starts with the goal of finding his father, but the situation changes later in the game. Eventually the goal becomes to complete Project Purity. Project Purity is a plan to construct a large water purification plant at the Jefferson Memorial, and use it to purify the irradiated water of the Potomac River. The main quests are an important part of the game, but not necessarily the main focus. A much greater amount of time is spent on side quests and exploration.

The game world is filled with destroyed buildings, and other types of dungeons to explore. Many of the dungeons are based off of important buildings in D.C.. The Jefferson Memorial, Smithsonian Museum, and Capital Building are all explorable dungeons in the game. Most of these historic landmarks are structurally accurate, and represent the real world buildings fairly well. Most of the game is spent exploring these buildings as well as other dungeons while completing quests. While exploring, the player will come across better equipment, resources necessary for survival, computers to hack into, doors to unlock, and of course, hundreds of enemies to kill.

Surviving in the wasteland is a constant problem in Fallout 3. Meeting other characters and seeing how they survive, or fail to survive, is a significant part of the Lone Wanderer’s interaction with the wasteland’s inhabitants. Even more important than this though, is the survival of the Lone Wanderer himself. The wasteland is filled with giant bugs, super mutants, raiders, all of whom want to kill you. The first requirement for survival is to kill. It is impossible to survive in the Wasteland if you aren’t willing to kill everything that’s trying to kill you. To kill enemies though, you need ammunition. You also need food, water, and medicine for when you are injured or sick. Finding these resources in the Wasteland is the second requirement for survival. Resources are scarce, and the amount of weight the player can carry is limited. It is common to be in a situation where the Lone Wanderer is out of healing items, and doesn’t have enough bullets to kill the super mutants surrounding him. It is at this point that the player learns a valuable lesson about conserving ammo, and always being prepared. 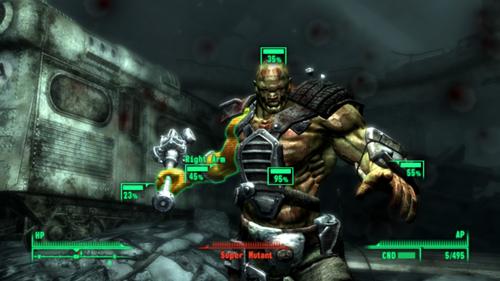 Karma and Other People

Fallout 3 measures the morality of a player with a stat called Karma. Doing something bad, such as murdering an innocent person, lowers Karma. Doing something good, such as giving a dehydrated wanderer water, raises Karma. Your moral affiliation affects how other inhabitants of the Wasteland perceive you. This Karma system forces players to constantly think about the moral ramifications of their actions. Opening the safe in a store and stealing the money inside could help you buy a better gun, but is it worth being hated by the town? Not all situations in the game are black and white. Several morally ambiguous situations come up where the player will probably question whether what they did was right no matter what decision they make.

Interacting with other inhabitants of the Wasteland is a big part of Fallout 3. Other characters will give ask you to complete quests for them, buy and sell various items, and give you useful information. Conversations with other people are done through a conversation menu, where the player chooses from a list of things to say. Some conversation options are only available when certain conditions, such as a minimum speech stat, are met. These additional, stat dependent options, can be used to avoid conflict and get better rewards, among other benefits. The wide range of conversation options allows players to approach problems in more than one way. In some cases, it is possible to just reason with someone, instead of being forced to kill them.

The message in the upper left of the screenshot is saying that the player just lost some karma. It looks like it was for cannibalism

As far as I know, Fallout 3 has never been used to teach, and I don’t think it should be used to teach for several reasons. The first reason is that Fallout 3 is rated M, and definitely deserves that rating. Just to make it clear why, I’ll describe one of the most violent things that can happen in the game. During combat, time will occasionally slow down for a kill shot, and you can see the enemy’s head literally get blown off and bounce on the floor. The only level of education where it would even be legal to show this game in class is college. Even if it weren’t for the violence, using Fallout 3 to teach in a formal setting wouldn’t work very well. The game is open enough that every player’s experience is going to differ in a lot of ways. It is also big enough, that finding teachable moments would be very time consuming. Instead of asking whether the game should be taught though, I think a better question would be what could be learned from the game.

An individual playing the game and thinking about the content the right way is more reasonable than the game being used to teach in a formal setting. While playing the game, an individual could learn about resource management, morality, survival in harsh environments, historic buildings in D.C., killing mutants, how to read a map, economics, gathering information, and decision making. Deciding which items to keep with you based on their monetary value, weight, and usefulness involves several of these subjects including resource management and economics. Talking to other characters to find out about the surrounding area, enemies, and the game world in general is basic information gathering. The Karma system and everything is involved with can teach critical thinking about morality. The world in Fallout 3 is big enough that if you look hard, you can find lessons everywhere.