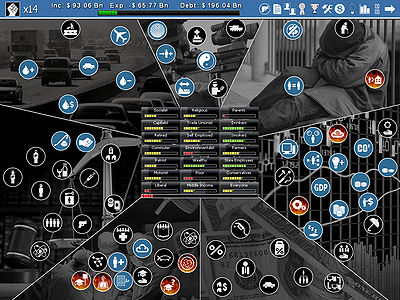 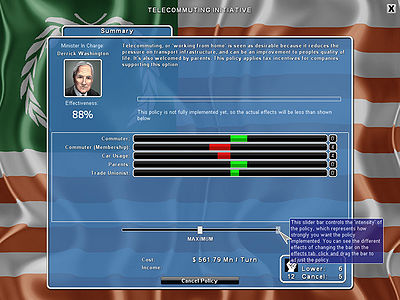 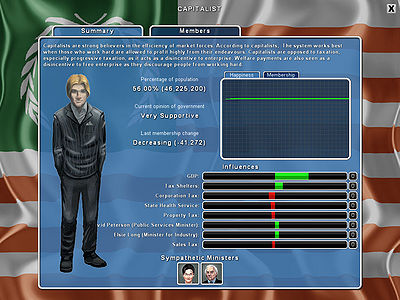 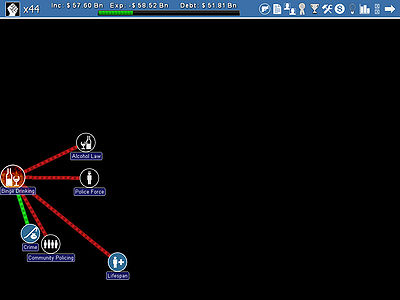 Some aspects of representative democracy are absent from Democracy 2. Foreign relations are not particularly significant, for example, and the political capital game mechanic does not really resemble the process of debate, grandstanding and horsetrading that takes place in most real-world parliaments and congresses.