An Introduction to Educational Video Games

Why teach with games? 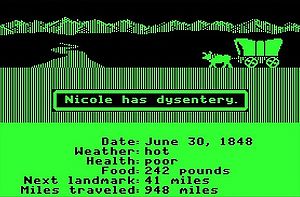 The Oregon Trail, one of the first educational video games, dates from 1971. Screenshot from Our American Shelf Life.
Why spend students' time, school resources and teachers' time and effort on trying to bring this entertainment medium into the classroom? We can find answers in educational theory and in real-world research and practice. Here are some brief summaries of these ideas, and examples of successes. 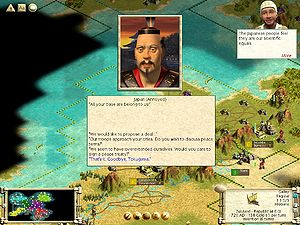 Civilization III screenshot from www.civfanatics.com
World history strategy game Civilization III has been the subject of extensive, ongoing research conducted by Dr. Kurt Squire at the University of Wisconson-Madison. In one typical study, Squire found that previously "disenfranchised" students learned a great deal from the game. He writes:

"Within just a few weeks, all of the participants showed dramatic improvements in their basic geography and history skills. Most could locate the major ancient civilizations on a map, and all could name key historical military units, as well as make arguments about the growth of cities in particular geographic areas. Students were skilled with collegiate-level world history terminology, using words and terms such as monotheism, cathedral and ancient Persians regularly."

Squire also notes that the learning did not stop when the students stopped playing. All of the participants "checked out books, completed school reports, and regularly engaged in voluntary learning activities stemming from their gameplay."[1] 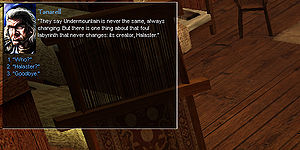 Neverwinter Nights also comes with a powerful set of creative tools that allows users to craft their own fantasy stories that can be played within the game. One Canadian research group reported that high school students were able to create "sophisticated interactive stories with very little training" using these tools.[3]

A similar English study found that middle and high school-age students were so highly motivated to create stories using the same Neverwinter Nights tools that they had to be "actively discouraged from cutting short their lunchtimes."[4]

Novels set in the Halo sci-fi universe
Games can be useful to educators even when they are not played in school, or specifically for any school activity. Middle school teacher Kristie Jolley found that her students' engagement in the fictional worlds of games like World of Warcraft (a fantasy role-playing game with a detailed setting) and Halo (a science-fiction shooter about an interstellar war) helped her direct them to reading activities that they otherwise avoided. Many popular video game franchises have tie-in novels in addition to Halo and World of Warcraft.[5]

These are just a few examples of ways that you can use games to teach, and of reasons why it makes sense to do so. There's much more information out there, including right here on The Educational Games Database. If you'd like to know more about how games work, check out some of the terms in our glossary of game genres and mechanics. If you're ready to move on to the intermediate-level articles, start by reading about how to teach using content-aligned video games. An in-depth article about how to teach games as texts is also available.